What is Aptos? An Overview of Aptos (APT)

I. What is Aptos?

Aptos is a brand-new, autonomous project with the goal of giving many individuals all around the globe access to the safest and most accessible blockchain. Aptos aims to become a layer-1 blockchain by overcoming its two senior blockchains which are Ethereum and Solana.

In fact, Aptos Token is the successor of Diem – the cryptocurrency payment network founded by Meta. Diem was acquired by Silvergate Capital for $182 million. However, the project quickly died out because there was not enough development potential.

Although Diem’s life cycle has ended, the value of the project is still received and utilized by former Meta employees. Based on Diem’s vision and features, Aptos Token (APT) was born with the leadership of Mo Shaikh.

Binance Labs stated that it will become a strategic investor and that Aptos would join the BNB Chain family at the end of March 2022. The fusion of the two L1 blockchains will foster new large-scale Web2 use cases as well as technological and commercial innovation.

Aptos is a brand-new, autonomous project with the goal of giving many individuals all around the globe access to the safest and most accessible blockchain. By overcoming its two senior blockchains, Ethereum as well as Solana, Aptos aims to become a layer-1 blockchain.

With quality staff and huge funding from major investors, Aptos has officially launched the Devnet version and is expected to complete the Mainnet in the third quarter of 2022.

Comparing the Aptos blockchain to other layer-1s, some standout features are as follows:

Aptos’ Move programming language is a central highlight of the project. “Move” is designed to be able to securely manage resources, and to be able to verify themselves on the blockchain. Move’s static-typing is said to be an improved, much stricter version of Ethereum’s smart contract language. Modern programming languages ​​like Rust, Golang, Typescript, Haskell, Scala, OCaml, etc all choose static-typing because it has the advantage of being able to detect many program errors.

Compared to other programming languages, Move has the ability to manage and verify resources on the Blockchain to ensure safety. When transactions are made, they will have 2 states: Implicitly Determined & Measured. 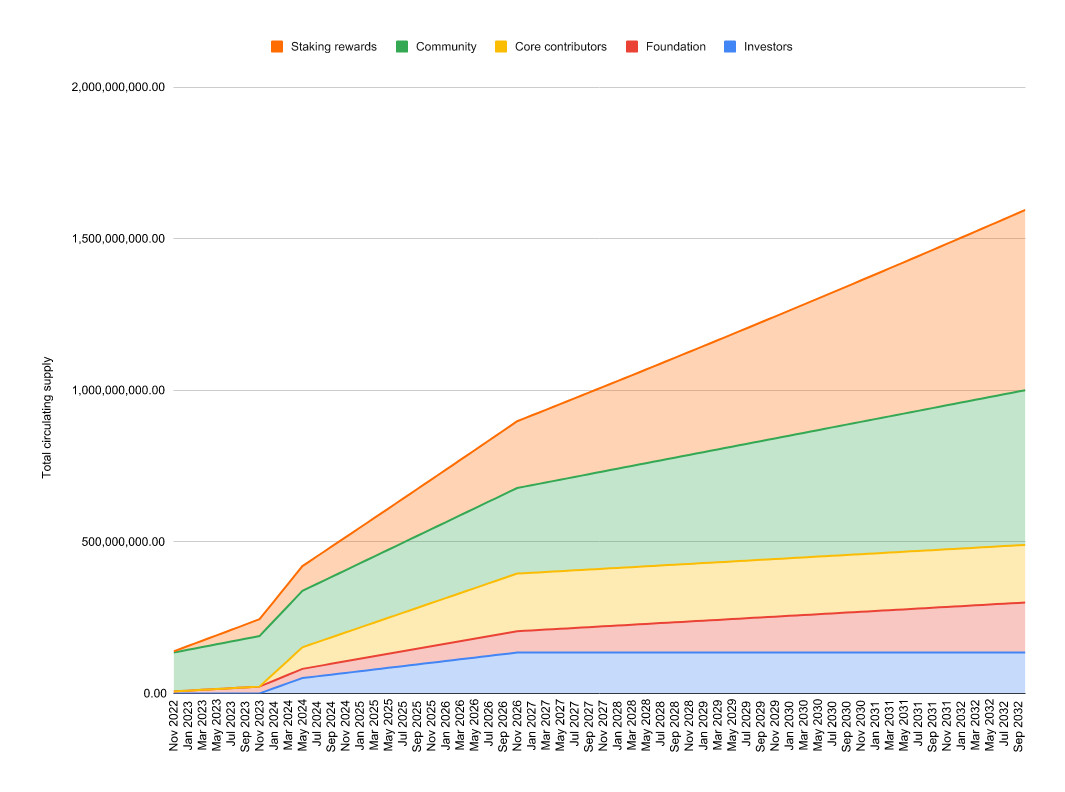 The APT token is used to:

VI. Which Crypto Wallets are suitable for APT?

The APT and AIT-3 standard tokens are kept on the Aptos blockchain in the Aptos Wallet. On the Aptos platform, you can communicate with applications and give and receive APT tokens.

Particularly, since your wallet is your property, only you have the authority to control it and utilize it.

There are three very crucial details about an Aptos wallet that you must be aware of:

You can picture the Aptos wallet as a bank account, with the passphrase serving as the password, and the wallet address serving as the account number.

With a bank account, however, other individuals will be aware of your personal information. Regarding the Aptos wallet, transactions only take place through the address, which is encoded into a string of numbers and characters, and the user becomes anonymous; nobody knows who owns the wallet.

Although Aptos has undergone a lengthy development period, so far, no public events have taken place before the beginning of 2022:

On October 18th, Aptos announced that it had successfully deployed the project’s main blockchain network (mainnet) after 4 years of development. In the latest update, the Aptos developers did not disclose much information about the mainnet’s operational status or the schedule of opening the blockchain to the general public (not announcing the network’s RPC). The Aptos ecosystem is also not live yet, with a lot of wallet projects, exchanges, DeFi, and NFTs yet to launch. The Aptos native coin itself, APT, is also not mentioned in the post.

VIII. Team and Funds of APT

The founding teams of the Aptos project are former members of Meta company – who used to participate in the development of Diem. Currently, this founding team is focusing on researching a Blockchain platform capable of connecting millions of users. It can be said that Aptos is the “first child” founded by the team. The head of the case is Mo Shaikh – a former core member of Meta.

$200 million was raised by Aptos in March 2022 from a group of illustrious cryptocurrency investors. Andreessen Horowitz, a venture capital company that has invested in multiple cryptocurrency firms, led the investment round for Aptos. Tiger Global, Three Arrows Capital, Multicoin Capital, and Coinbase are also contributing funding. 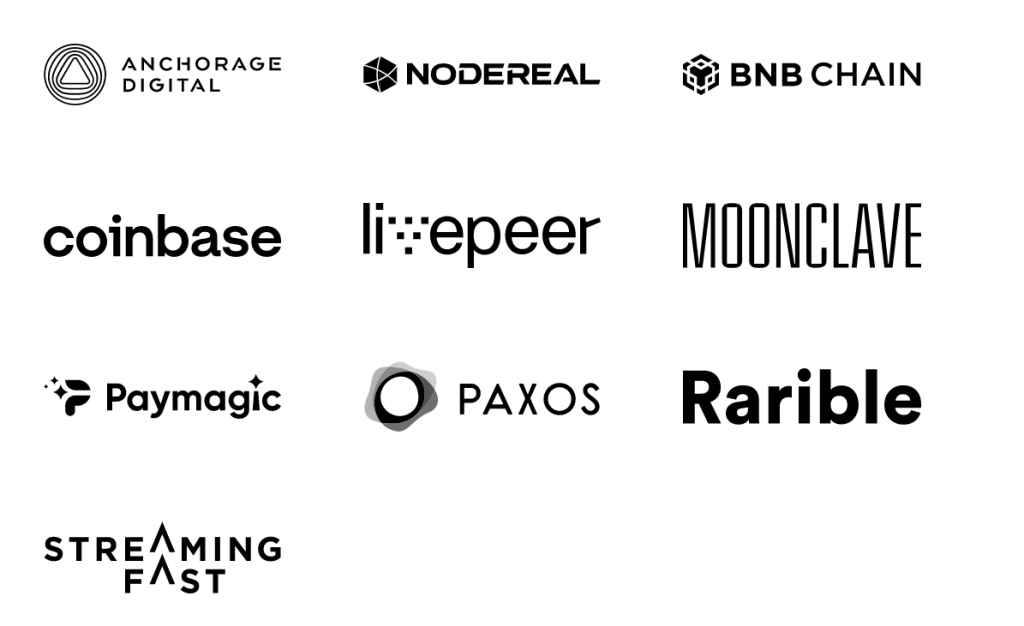 IX. Where is Aptos (APT) information to be updated?

These media are constantly updated with useful information, new activities, outstanding events of Aptos (APT), and all the topics surrounding it. Accordingly, Meta Lion Ventures continuously updates the topic of outstanding projects in Blockchain and hot events organized between Meta Lion & partners.

They are anticipated to go live in Q3 2022, the same quarter that the APTOS cryptocurrency may potentially debut.

In order to reach high levels of throughput and low latency, Aptos is a highly scalable and distinctly modular Layer 1 blockchain that makes use of numerous new approaches to transaction flow, parallel execution, and the transaction processing lifecycle. September 30, 2022, by David Shuttleworth.

A brand-new layer 1 protocol called Aptos seeks to surpass Solana and Ethereum. Venture capitalists have contributed $350 million to the APT team. On the Aptos testnet, the network has added more than 20,000 nodes thus far.

Former Meta developers who previously worked on the company’s $200 million cryptocurrency project “Diem” before it was abandoned in January 2022 developed Aptos, a Layer 1 blockchain that is based on a Proof-of-Stake (PoS) consensus mechanism.

To summarize, by developing a blockchain with great security and good scalability, Aptos Token promises a “slow-exploding bomb” that has shaken the cryptocurrency market. Despite having a lot of cons, Aptos still has some pros such as unexpected technology promise as well as unsuitable release time.

However, users still believe in the huge development potential of Aptos in the future. Meta Lion, therefore, supplies all available data on the Aptos (APT) project and is ready to update with the most recent information.

The above is Meta Lion’s comment on the Aptos project which is our personal opinion, this is not investment advice at all. Investors should be responsible for their own decisions.