What is Arweave? In-depth Analysis of Arweave (AR)

I. What is Arweave?

Furthermore, Arweave facilitates information permanence and immutability, which aids in the preservation of valuable information for various use cases. Anyone with extra hard drive space can earn a passive income by renting it out to other network users. Furthermore, because Arweave is a community-owned network, anyone can build on it and contribute to the ecosystem’s development.

The Arweave network is not run or owned by a single company or entity. It is, instead, a completely decentralized network with no single point of failure. This means that anyone can provide storage space or store data on the network. Furthermore, Arweave’s data archiving and storage solution replicate and distributes data across hundreds of computers worldwide. As a result, unlike centralized data storage solutions, data held on the network cannot be lost due to damage, fires, or floods.

Archain was founded in 2017 and changed its name to Arweave in 2018 while completing the Techstars Berlin mentorship program. The mission of Arweave is to make permanent, low-cost storage a reality. The Arweave network, a block-based data structure known as a “blockweave,” is intended to help the company achieve its goal.

The blockweave underpins the Arweave permaweb, a collection of data, websites, and applications hosted on the blockweave. Because the Arweave protocol is built on top of the HTTP protocol, modern web browsers such as Brave or Google Chrome can access the permaweb. The Arweave protocol, which aims to store data on the network in perpetuity, allows individuals with spare hard drive space to store data in exchange for AR tokens. Arweave anticipates that storage costs will continue to fall and employs a formula to determine how much it will cost to store a specific piece of data. The yellowpaper contains all of Arweave’s assumptions.

The Arweave mainnet launched in June 2018 with a small group of 1800 hand-picked participants from around the world. Prior to the launch, the Arweave team held an initial token sale restricted to whitelisted individuals.

Arweave received a $5 million funding round from several venture capital firms in November 2019 in exchange for $5 in Arweave tokens. Six months later, the Arweave team raised an additional $8.3 million in the form of AR tokens. However, following this round, the company stated that the new funds would be used to incentivize community adoption and growth.

Despite the Arweave network’s seemingly complicated workings, all technicalities fall under its back-end operations, while the network’s front-end is simplified for the best user experience possible. Adding a website to the Arweave blockchain is as simple as adding a bookmark to your browser using Arweave’s browser extension. Pages saved with this extension can be viewed and shared by other decentralized network users.

Unlike traditional blockchains (which store chains of blocks containing transactions), Arweave stores data in a graph of blocks. Each block is thus linked to two previous blocks, forming a structure known as a “blockweave.”

These features distinguish Arweave, and we’ll take a closer look at each of them to see how they work and why they’re important.

Arweave differs from other cryptocurrencies in the way it validates transactions. A “proof of work” system is typically used when a cryptocurrency asks computers to compete to solve a mathematical puzzle (hashing). SPoRA is a different method used by Arweave to solve this problem (Succinct Proofs of Random Access).

Arweave requests that each node in the network verify that a new block of transactions includes a randomly selected block from earlier. New transactions can be added to the network if it is present.

This consensus mechanism aids in ensuring that new transactions are correct and that old transactions have not been tampered with. This method is known as “proof of access,” and the node that adds a new block is rewarded with AR tokens.

Bundles are a method of ensuring that a set of transactions will eventually be mined into a block. It addresses a problem that every blockchain faces: transactions can be rejected when other people submit transactions that benefit miners more.

Bundles became necessary when Arweave became popular as a way to store large NFT projects with thousands of media files that all needed to be uploaded at the same time. Projects may discover that a few files from the batch they uploaded were dropped, causing the project’s upload to fail.

Solana’s NFT marketplace Metaplex was the first to use bundles, collaborating with Bundlr’s Josh Benaron to create Metaplex Candy Machine, an application that allows projects to upload bulk batches of NFTs using Arweave as the storage layer. However, it is also commonly used for non-NFT-based projects.

SmartWeave is a smart contract protocol that allows developers to create smart contract applications in JavaScript using the AR token. It, like most code, is executed by the user’s computer rather than the blockchain itself.

Unlike the Ethereum method, where the entire network is called to verify a transaction, SmartWeave relies on the smart contract user to do it themselves, the client side.

It requires less computing power, making it a greener option, but it is also safer. When malicious code is used, it does not affect the entire blockchain. This way, it doesn’t require as many safety checks and harnesses and can also run faster.

Vartex is a program that allows you to run your own gateway with just a few commands. While arweave.net is the primary way to access all of Arweave’s data through your browser, it is served by AWS, which is a single point of failure. Because Vartex allows anyone to run their own gateway, there will be more gateways and no reliance on a centralized server.

This is a method of decentralizing the permaweb and ensuring that it is not reliant on a single large company. It is based on Amplify, which is a fork of the original arweave.net gateway. Developers can access the source code via GitHub, where they can clone it and follow the readme instructions. The Arweave token (AR) is a multi-utility token that is used throughout the Arweave ecosystem. Furthermore, through incentivization, the AR token provides a critical foundation for network security. The AR token has two primary applications: it rewards network miners and it pays for data upload fees within the network. To mine new AR tokens, network miners must the first store and serve data. Furthermore, a network participant can use the same crypto wallet address to be both a user and a miner. 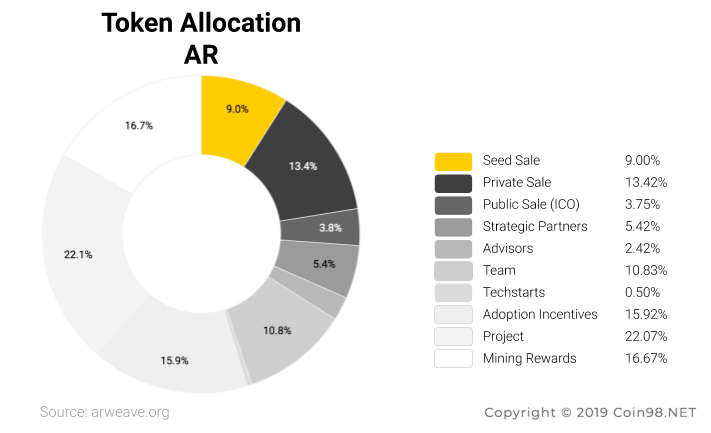 Crypto users can buy AR tokens on listed exchanges such as:

Aside from that, Arweave’s integrations with Fiat on-ramps Ramp and Transak enabled anyone in the world with a credit card to purchase AR.

Despite a few high points, the AR cryptocurrency has struggled with this year’s bear market, falling 74% year to date.

However, the AR token skyrocketed after Arweave’s integration with Meta was revealed on Twitter on Wednesday. It closed at $11.09 on November 2nd and was trading at $15.88 the next day (at the time of writing).

Stephane Kasriel, head of commerce and financial technologies at Meta, tweeted that Instagram is moving into the world of NFTs. Businesses will have the functions to create and trade these tokens.

The Arweave platform will house these digital assets. To achieve its Web3 goals, Instagram is also collaborating with the OpenSea NFT marketplace and the Solana (SOL) blockchain. IX. Where is Arweave (AR) information to be updated?

These media are constantly updated with useful information, new activities, outstanding events of Arweave, and all the topics surrounding it. Accordingly, Meta Lion Ventures continuously updates the topic of outstanding projects in Blockchain and hot events organized between Meta Lion & partners. 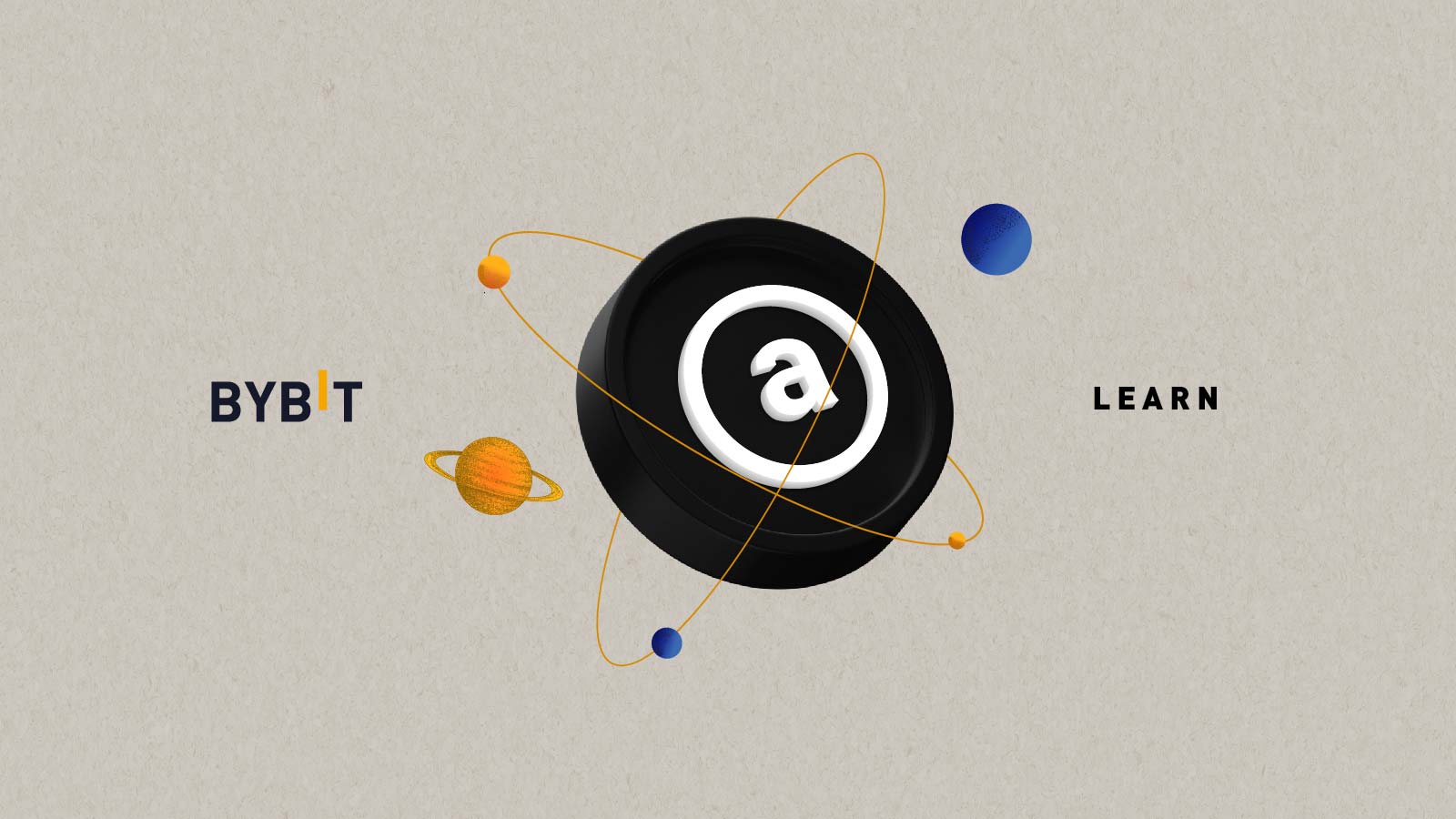 Sam Williams and William Jones, both Ph.D. candidates at the University of Kent, founded Arweave. Williams came to the project with experience in decentralized and distributed systems, and as part of his studies, he created an operating system called HydrOS, whereas Jones focused on graph theory and neural networking. While Williams left graduate school to focus on the company, Jones left the project in mid-2018 and finished his Ph.D.

Arweave seeks to ensure the “collective ability to store and share information between individuals and across time to new generations,” according to its yellow paper. To that end, its flagship permaweb is built on Arweave’s “blockweave,” a variant of blockchain technology in which each block is linked to both the one immediately preceding it and a random earlier one. According to Arweave, this encourages miners to store more data because they must be able to access random previous blocks in order to add new ones and receive rewards.

Arweave is focused on building a sustainable ecosystem around the network. In June 2020, it unveiled “profit sharing tokens,” which allow developers to receive dividends when network transaction fees are generated from their application, and it hosts incubators to support the building of permaweb-based apps. The project also works with startups through its “Boost” program, offering free storage and access to the Arweave team and industry investors.

The Arweave network is built on a modified version of blockchain technology it calls “blockweave,” which uses a “proof-of-access” consensus algorithm — a modified version of proof-of-work. With PoA, each new block is not only linked to the one immediately prior to it but to a random previous block as well, and both blocks are hashed to generate the new one. Miners are not required to store an entire blockchain, but they are incentivized to store more information to prove they can access the old blocks that are required to mine a new one.

The mining protocol used by Arweave, RandomX, was successfully audited by four cybersecurity firms — Trail of Bits, Kudelski Security, X41 D-Sec, and QuarksLab — in August 2019. The project plans to utilize a new mining algorithm starting in early 2021 known as SPoRA, which it said in December 2020 had been audited by NCC Group.

AR can be purchased on cryptocurrency exchanges such as MXC.COM, Bilaxy, Huobi Global, and Hoo, among others. It can be traded against the stablecoin Tether (USDT) as well as Bitcoin (BTC) and Ether (ETH).

To summarize, the Arweave blockchain is a long-term data storage solution that is on track to solve many pressing issues in decentralized storage. Arweave’s innovative technology solves the storage limitation problem while also addressing scalability. It also provides developers with indefinite storage to build DApps and earn additional rewards for network management. Furthermore, with incredible partnerships and the addition of NFTs, the Arweave network is poised to reach new heights in the near future.