What is Curve DAO? In-depth Analysis of Curve DAO (CRV)

I. What is Curve DAO? 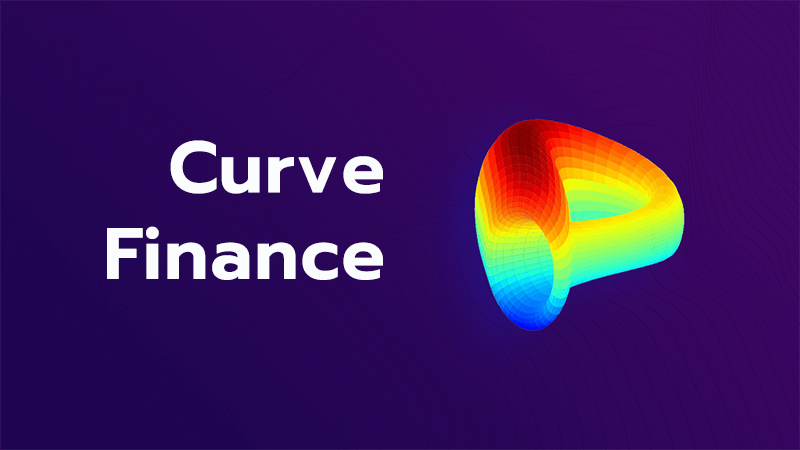 Curve Finance is a decentralized exchange that focuses on low slippage swaps between stablecoins or similar assets pegged to the same value (for example, wBTC/renBTC). The protocol employs an Automated Market Maker, which was designed specifically to provide DeFi users with low slippage and liquidity providers with consistent fee revenue.

The Curve protocol was designed to provide consistent interest returns without requiring the holding of a volatile asset. Curve has been a top DEX by volume since its inception, providing traders with ample liquidity at low fees and slippage. Curve currently has over 33 different liquidity pools, each of which offers varying and changing returns based on the weights of assets in the pool and their performance.

Curve Finance began in November 2019 with the publication of Michael Egorov’s StableSwap Whitepaper. The StableSwap whitepaper lays the groundwork for what became the Curve Finance protocol, which debuted two months later in January 2020.

The CurveDAO is an important component of Curve’s infrastructure. Curve Finance is managed by the CurveDAO, an Aragon-based Decentralized Autonomous Organization. Votes are weighted by both the number of votes cast and the time the vote was cast – earlier time-locked votes are more valuable. Curve’s native governance token, CRV (an ERC-20 token), which launched in August 2020, governs the DAO. The launch of the CRV token resulted in an increase in volume, allowing Curve to surpass $1 billion in Total Value Locked (TVL) for the first time.

Curve’s goal is to assist liquidity providers in maximizing return while minimizing trader fees, reducing price slippage, mitigating risk, and providing adequate liquidity. It achieves this through innovative technology and collaborations with other popular DeFi applications such as Compound and Yearn Finance.

The Curve DAO token is a relatively new project that has already achieved great success due to its utility. Curve DAO experienced significant growth in the second half of 2020, offering users low slippage and low fees for exchanging similar stablecoins and ERC-20 tokens.

Curve DAO is unique due to its technology and technical capacity, which makes Curve.fi an appealing exchange in the DeFi sector. Instead of relying on order books, Curve creates liquidity pools using smart contracts that act as an automated market makers. Users are connected to the best exchange routes, and token and stablecoin trading occurs between traders and exchange protocols. Curve has become synonymous with decentralized finance due to its technology and ability to exchange tokens and stablecoins at the best rates. The Curve protocol makes use of a one-of-a-kind Automated Market Maker that combines Uniswap’s constant product AMM with a constant sum AMM. Curve’s AMM equation is complicated, but the results are straightforward: low slippage on small to medium trades and good liquidity on larger trades.

Curves model, which provides a ‘middle-ground’ between constant price and Uniswap’s AMM model (x*y = constant product), achieves significantly lower slippage in prices on the demand side of the exchange.

Curve operates through liquidity pools, in which two (or more) assets are deposited and traded against each other. Arbitrage keeps asset prices consistent with prices on other exchanges, and LPs receive half of the 0.04% fee (taken from trades). The remaining 0.04% fee is paid to veCRV holders. The APY on deposited assets rises as trade volumes rise; more trades mean more fees paid. Curve’s 0.04% fee is much lower than that of other exchanges, which may explain its high trading volume.

In addition to fee interest, all LPs receive CRV tokens. LPs should deposit assets in pools in an equal ratio (50/50). If they do not, the AMM equation will devalue one of the coins, allowing arbitrageurs to bid some of the deposit’s value.

Curve incentivizes deposits through rewards from other DeFi projects, in addition to the fee paid to LPs. REN and Synthetix protocols currently incentivize LPs to deposit in pools containing their assets by giving them their respective tokens ($REN and $SNX).

Curve’s yPools are pools that have been integrated with lending and borrowing protocols such as Compound and Yearn Finance. yEarn is the algorithm that provides liquidity to these protocols and works to maximize the rate of return on the assets lent. yPools lend funds to the protocols in exchange for LP rewards in cTokens and Ytokens. Curve’s goal with this practice is to maximize rewards for those willing to provide stablecoin liquidity on their platform, much like a bank lends its customers’ savings in order to return higher interest rates.

Impermanent loss is the loss suffered by LPs when the price of one of two assets in a pool, DAI/ETH, is more volatile than the other. Arbitragers can buy an asset from the liquidity pool and sell it on another exchange if the price of one of the assets swings in relation to the other asset but does not change within the liquidity pool itself. Because the profit made from bidding up ETH was essentially drained by arbitragers, LPs lose the gains made on their assets.

However, as long as the LPs do not withdraw their funds, the loss is only temporary; the asset’s price could return to its previous level, implying that the LPs would not have made any more money if they had simply held the assets themselves. LPs are encouraged to deposit funds as long as the fees and yield are greater than the impermanent loss.

Several DEXs, including Curve, are working on Impermanent Loss solutions. Curve recently collaborated with Peanut, a “DeFi price balancer“, to investigate the possibility of avoiding impermanent loss. Curve LPs have a much lower risk of impermanent loss because the only assets traded on Curve are stable, so any impermanent loss is usually negligible.

An EVM (Ethereum Virtual Machine) compatible version of Curve is being built on Polkadot. The team behind Polkadot’s Curve is not affiliated with Curve itself. 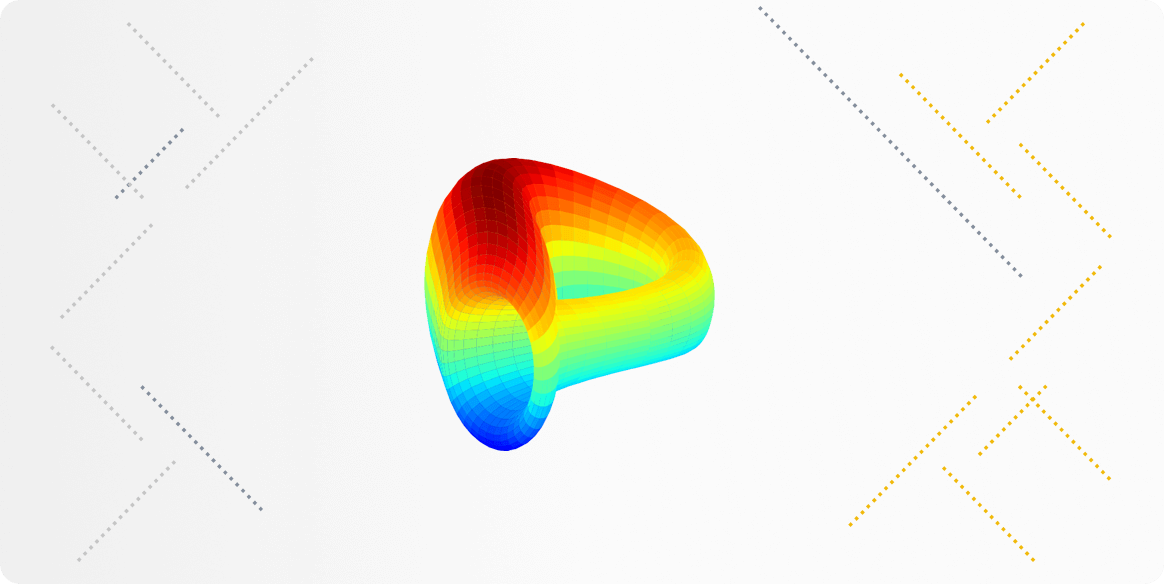 The Curve platform’s active token, CRV, provides users with governance rights, an incentive structure for fee payments, and long-term rewards to liquidity providers. Users are assigned CRV based on their liquidity commitment and length of ownership.

The total supply of 3.03B CRV tokens is distributed as follows: 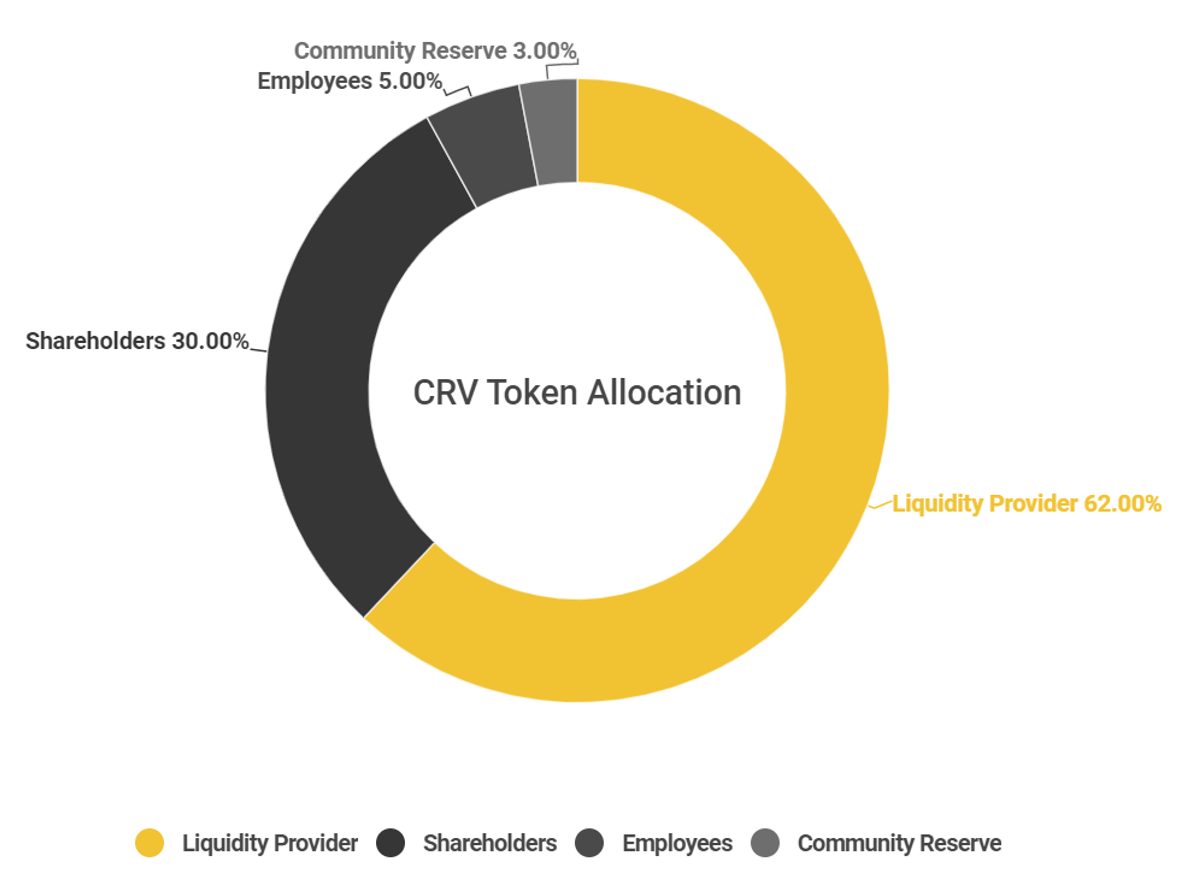 The Curve DAO token (CRV) is a utility and governance token that rewards Curve platform and liquidity providers. For the time being, CRV is primarily used in four ways: liquidity provision, voting, staking, and boosting.

Aside from Liquidity Provisioning, the other three require users to use veCRV tokens obtained by locking CRV on the Curve platform. Vote-escrowed CRV (veCRV) is the token you receive when you lock CRV. And the more veCRV you get, the longer you lock CRV.

The Curve DAO token (CRV) is available on a number of high-profile crypto exchanges. Crypto enthusiasts can trade it on Binance U.S, Coinbase, Huobi, KuCoin, Gate.io, Bitstamp, and several other exchanges.

VII. Which Crypto Wallets are suitable for CRV?

Here is the list of popular and best Curve DAO (CRV) wallets:

Curve Finance has seen significant growth in 2021, in addition to its recent price increase. The total value locked (TVL) in Curve Finance was approximately $1.5 billion at the start of the year. Curve Finance has a TVL of $15.07 billion as of October 28th, making it the third-largest decentralized finance protocol. Along with CRV’s price increase, the Curve Finance network has seen some remarkable growth.

On October 26th, Equilibrium, a DeFi money market, announced that it had launched the official implementation of Curve.Fi’s automated market maker, Epsilon, is on the Kusama Network. Epsilon makes Curve.fi’s AMM interoperable between Ethereum and the Binance Smart Chain.

Epsilon is currently available on Genshiro, Equilibrium’s canary network based in Kusama. Looking ahead, Equilibrium has revealed that Epsilon will be integrated into the Polkadot network, expanding its reach.

Prior to launching on Kusama, the crypto pool of Curve Finance was launched on Harmony Protocol. Harmony is a fast and open blockchain for decentralized applications. Harmony users can now access all of the pools on the Curve.fi network.

Curve is a completely decentralized network that allows users to vote for or against network developments. Users are currently voting on a proposal to add bveCVX (issued by Badger, a DAO protocol dedicated to bringing BTC to DeFi.) & CVX factory pool 17 to the Curve.fi network’s Gauge Controller.

The Curve team is difficult to find information about, but they constantly commit code to Curve Finance Github. Curve Finance’s CEO, in particular, is Michael Egorov. He and many other teammates contributed many lines of code to the Curve platform on Github. Furthermore, Andre Conje is a well-known DeFi developer. He established Yearn Finance and initiated numerous DeFi projects in the Fantom Ecosystem.

Curve has been performing well in 2021 after being invested in by two venture capital firms: Codex Venture Partners and TrueWay Capital. In the token allocation, investors own 5% of the total supply of CRV. It will be distributed in four years, implying that the investors are committed to the project in the long run.

Curve Finance has formed numerous partnerships with large projects such as Fantom and Polygon in order to become a TVL behemoth. Curve is also an aggregator, receiving liquidity from other DEXs (1inch, Zapper, Paraswap, etc).

X. Where is Curve DAO (CRV) information to be updated?

These media are constantly updated with useful information, new activities, outstanding events of Curve DAO, and all the topics surrounding it. Accordingly, Meta Lion Ventures continuously updates the topic of outstanding projects in Blockchain and hot events organized between Meta Lion & partners. The Curve DeFi protocol was created by Michael Egorov, a Russian scientist, and cryptocurrency expert. He introduced the CRV token in 2020, and it has since become one of the most popular asset pools for exchanging Bitcoin, stablecoins, and ERC-20 tokens.

Michael Egorov’s experience in the blockchain and cryptocurrency domain is also evident in his role as co-founder of NuCypher. It is a fintech firm focused on encryption and privacy-centric infrastructure and protocols.

The detailed discussions on Curve DAO would generally draw attention to the reasons that make them unique. Surprisingly, the project has made significant improvements in terms of utility. With the assurance of low transaction fees and low slippage, the Curve DeFi protocol saw significant growth in 2020. The detailed understanding of how Curve DAO operates demonstrates that it is successful in terms of technical capacity.

It is appealing not because it employs liquidity pools, but because of the AMM operating model. Users could easily determine the best exchange options, as well as facilitate the exchange of stablecoins and tokens between traders and exchange protocols. The technology and technical capacity can aid in the exchange of stablecoins and tokens at the best possible rates. In other words, Curve has evolved into the epitome of what decentralized finance looks like.

CRV is the native token of the Curve DeFi exchange protocol. CRV is offered as a reward for users who contribute to liquidity pools. CRV owners can also vote-lock their assets and participate in Curve’s DAO. Adopters can shape the platform’s development by participating in the governance process.

You can get CRV by buying token on CEXs/DEXs:

One of the most revolutionary developments in the crypto space has been the rise of DeFi. The Curve DeFi protocol is an excellent example of using innovation to meet the needs of users. Curve DAO CRV token’s functionality as a utility token as well as a governance token distinguishes it from other decentralized exchanges. Curve.fi protocol can reach out to more users in the future thanks to its unique operating model as a decentralized exchange aggregator.

Furthermore, additional opportunities for liquidity providers may play an important role in driving the value of CRV tokens in the future. Curve currently relies heavily on the value proposition of directing users to suitable decentralized exchanges offering the best rates. Now is the time to learn more about the Curve.fi protocol and its role in the future of DeFi.