What is Litecoin? In-depth Analysis of Litecoin (LTC)

I. What is Litecoin?

Litecoin (LTC) is widely regarded as the first alternative currency. It was created on October 13, 2011, with the intention of becoming “the silver to Bitcoin’s gold,” and it is still one of the major peer-to-peer (P2P) cryptocurrencies in terms of market value. It uses blockchain technology to keep track of all transactions in a decentralized, public ledger.

Litecoin, like Bitcoin (BTC), is based on an open-source blockchain that is not managed by a central authority. Every Litecoin node operator keeps a copy of each blockchain to guarantee that new transactions do not contradict previous ones, and miners aid in the processing of new transactions by adding them to newly mined blocks.

Charlie Lee, a graduate of the Massachusetts Institute of Technology, invented Litecoin. Lee is a former Google engineer who became interested in Bitcoin in 2011 and went on to become the head of engineering at cryptocurrency exchange Coinbase in 2013.

Lee put Litecoin development on hold after joining the crypto market. He stated at the time that he thought it was critical to assist people “possess Bitcoin and hold Bitcoin” since Litecoin “wasn’t ready” to expand.

Lee departed the firm in late 2017 to focus solely on the development of LTC. He is now the managing director of the Litecoin Foundation, a non-profit committed to cryptocurrency support.

In December 2017, he revealed that he was selling and donating all of his LTC, as he was often accused of tweeting about the cryptocurrency for personal benefit. Litecoin was then trading at an all-time high of around $350, and Lee’s move was widely criticized.

But why was Litecoin established in the first place? Litecoin’s founder, Charlie Lee, stated on the Bitcointalk forum in October 2011 that he hoped “to develop a currency that is silver to Bitcoin’s gold” by combining the finest features of Bitcoin and other alternative cryptocurrencies at the time.

Lee created the cryptocurrency after “playing around with the Bitcoin source” in an attempt to establish a fork of the Bitcoin network. Initially, he described it as “primarily a fun side project,” but it expanded over time.

Litecoin distinguished itself from other alternative cryptocurrencies through improvements such as quicker block propagation speeds and the adoption of the Scrypt hashing algorithm. It also avoided what is known as a premine, which allows the developers of a blockchain-based cryptocurrency to mine coins before the project is released to the public. Originally, premining was meant to reward the project’s developers and support its development.

At the time, a lot of community members wanted alternative currencies with a fair launch, similar to the launch Bitcoin had. When Litecoin launched, Lee addressed these concerns, saying that one person or a group controlling a large number of coins and using them as they see fit “is against the decentralized vision of Bitcoin.”

Lee provided the source code and binaries for LTC a week before it went online so that people could test it. The timing of the launch was determined through a poll on the Bitcointalk site, in which users could select the time “that best” suited them. Everyone was able to begin mining at the same time since they were aware of the launch date and just needed to make a little edit to their files to begin mining actual LTC.

Litecoin did, however, come with a modest premine. A total of 150 LTC was premined as the genesis block — the first on the network — and two following blocks to prove its authenticity was first mined. When Litecoin first debuted, the payout for mining a single block was 50 LTC, which was effectively useless at the time.

The first efforts of the cryptocurrency were supported by the deployment of various features that were also suggested and eventually implemented on the Bitcoin network. These enhancements frequently seek to guarantee that the network can grow to accept more transactions per second while maintaining decentralization and anonymity when transacting.

Because Bitcoin and Litecoin are similar, they may both benefit from updates. Litecoin frequently implements them first since a big fault on its network would do less harm than a significant error on the Bitcoin network. Litecoin’s market capitalization has traditionally outstripped Bitcoin’s.

SegWit effectively aids in the scaling of a cryptocurrency by “segregating” the digital signature data on each transaction (the witness) outside of it, making better use of the limited space. It was created in response to Bitcoin’s scalability difficulties.

Litecoin implemented SegWit in early 2017, and due to the feature’s success on its blockchain, its implementation received support from Bitcoin. SegWit was quickly embraced on the Litecoin network, significantly faster than on the Bitcoin blockchain. Its popularity has developed progressively across both networks.

The Lightning Network is a scaling solution that essentially creates an extra layer on top of a cryptocurrency’s blockchain, in which transactions are fast and fees are minuscule. That extra layer consists of user-generated payment channels. It was originally designed to be implemented on the Bitcoin blockchain.

The network, like SegWit, was initially built on Litecoin, which many people used to test Lightning Network in a real-world economic setting. The layer-2 scaling solution is divisive. According to detractors, it forces users to utilize non-custodial wallets on which they must run their nodes.

The first-ever off-chain atomic swap between Bitcoin and Litecoin Lightning Networks was completed in 2017. Charlie Lee suggested that Litecoin could onboard users onto the Lightning Network when the Bitcoin blockchain is congested and fees are high.

The MimbleWimble protocol is a modified implementation of the PoW algorithm that serves as the foundation of a cryptocurrency’s blockchain. It prevents individual transaction inputs and outputs from being identifiable, boosting privacy and obscuring traceability.

Litecoin has launched a MimbleWimble testnet in October 2020, and its lead developer has been focusing on making it easier for “non-technical Litecoin users” to begin testing it. It’s worth noting that there is no consensus on which is the best way to use the MimbleWimble protocol on Litecoin or Bitcoin.

Some developers fear that combining MimbleWimble and the Bitcoin protocol may result in unwanted effects and will be too complex. As a result, some have proposed that it be used as a sidechain to Litecoin or Bitcoin.

Litecoin and Bitcoin have some similarities. Both are open-source initiatives that validate transactions via proof of work.

1. How Litecoin Is Mined Litecoin (LTC) is a censorship-resistant decentralized currency that enables low-cost, borderless payments and secure private settlements. Anyone with an internet connection from anywhere in the globe can use the LTC token.

Furthermore, the LTC currency is one of the first cryptocurrencies and the most visible Bitcoin fork. LTC is very liquid and can be traded on several of the biggest cryptocurrency platforms. It may also be used to buy products and services from merchants who accept it.

The total number of pre-mine tokens is 150 LTC. The Genesis Block mining reward (July 10, 2011) and the next two Blocks are used to develop the project.

Similar to Bitcoin, LTC in the Litecoin network is used to:

LTC is traded on most cryptocurrency exchanges (e.g., Binance, Coinbase, Gemini, FTX) against other cryptocurrencies such as BTC and ETH, as well as national currencies like dollars and euros. LTC may also be purchased using Robinhood and PayPal. Litecoin may be purchased on the following US exchanges:

VII. Which Crypto Wallets are suitable for LTC?

Here is the list of popular and best Litecoin (LTC) wallets: IX. Where is Litecoin (LTC) information to be updated?

These media are constantly updated with useful information, new activities, outstanding events of Litecoin, and all the topics surrounding it. Accordingly, Meta Lion Ventures continuously updates the topic of outstanding projects in Blockchain and hot events organized between Meta Lion & partners. 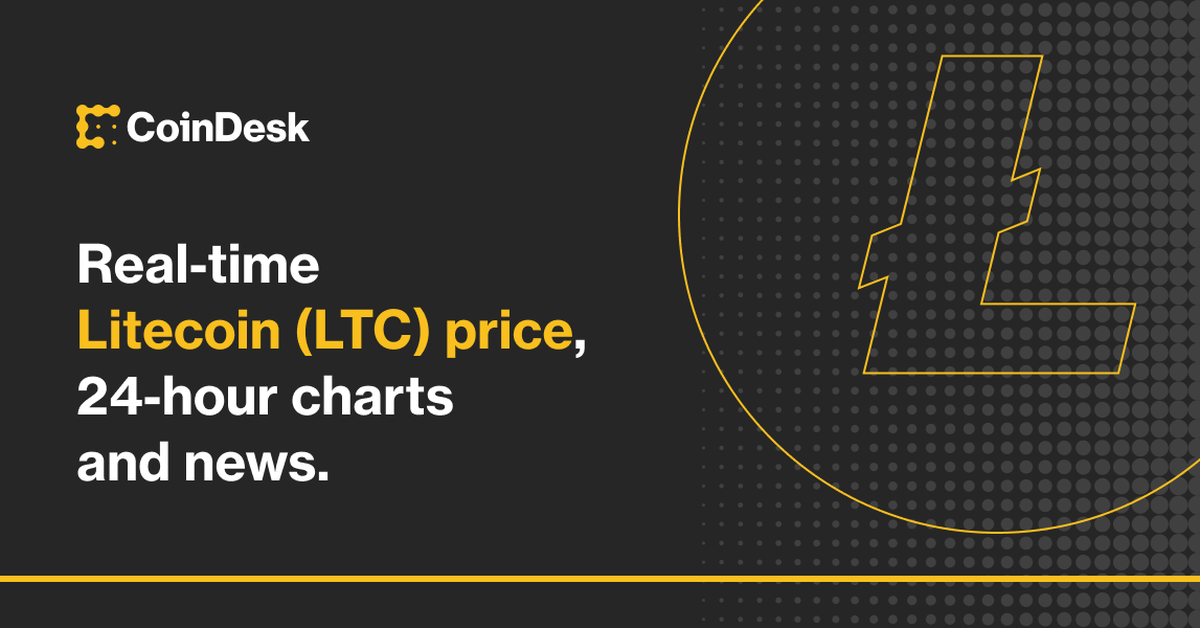 Litecoin may be used as a peer-to-peer payment system to pay individuals all over the world without the need for an intermediary. It may also be used as a store of wealth or as part of a diversified cryptocurrency portfolio.

One of the primary distinctions between both cryptocurrencies is that Litecoin mining requires significantly more computer memory than Bitcoin mining in order to entice more people to mine it. The block creation time for Litecoin is 2.5 minutes, which is much less than Bitcoin’s block generation time of 10 minutes. Furthermore, the maximum amount of Litecoins that may ever be generated is significantly larger than the maximum number of Bitcoins: 84 million for Litecoin against 21 million for Bitcoin. Litecoin is halved every four years, which means that the number of Litecoin is lowered by half in order to ensure scarcity and limit inflation.

Unlike Bitcoin, whose founder remains anonymous, the creator of Litecoin, Charlie Lee, is a well-known figure in the cryptosphere who regularly attends conferences and is very active on Twitter.

The Litecoin PoS network, a new take on the Bitcoin codebase with major efficiency and consensus improvements, was deployed in 2020. Because LTCP is a proof-of-stake system, validators must stake matured coins. Furthermore, the coins to be staked must be of suitable address/transaction kinds.

To begin staking your coins, you’ll need a wallet containing LTC as well as a network account – all of which are free! Stake your coins by depositing them in a staking pool on exchanges that offer staking services. You’ll be able to validate blocks and earn newly minted Litecoin as a consequence.

Litecoin was never meant to be a speculative investment or a way to store money. However, some investors utilize LTC in this manner, while others do not. To determine whether Litecoin is a good investment for you, you should speak with a professional adviser.

While Litecoin remains one of the most-traded cryptocurrencies, does it make for a sound crypto investment?

Blaskey of BitIRA says that Litecoin might be a fit for a seasoned cryptocurrency investor’s portfolio who appreciate its staying value and flexibility—especially those who “want a combination store-of-value asset with the side benefit of convenient transactions.”

Litecoin could be a decent place to place a small stake to get used to the “ins and outs” of crypto trading for the newer crypto investor, some experts say.

On whether LTC is a good choice for your wallet, Minea surmises, “There are other blockchain competitors that people can choose from, however, Litecoin still remains a relevant choice.”