What is NYM? In-depth Analysis of NYM & NYM Token NYM is an Ethereum-based open source, decentralized security system. Without needing to develop a security solution, Nym offers a comprehensive security framework that enables applications, services, and blockchains to secure data for their customers at the mixnet and application levels.

Nym enables developers to create Dapps that offer customers strong assurance against metadata surveillance at the network traffic level as well as the authentication level and payment level. Moderators will be able to operate related nodes in the network and profit from it thanks to the Nym protocol.

Additionally, NYM is a permissionless protocol that was created to stop data leaking from other Internet protocols. Nym also offers privacy on the stack at the same time, linking to dApps, services, and other blockchains to give consumers the ability to safeguard data in large quantities.

Nym has gone through three rounds of fundraising with the current raised capital of $21.5 million:

Nowadays, third parties can watch a user’s traffic to see what services users are using, who they are interacting with, and what they are doing online. It is still possible to establish how a user uses these apps, even if they utilize an encrypted messaging service like WhatsApp, Telegram, or Signal.

This concerns privacy at the network level, or layer 0. At the blockchain level, cryptocurrencies like ZCash, Monero, and Mimblewimble can provide anonymity, but they can also be disabled over time and involved in network activity.

Although users of VPNs are compelled to trust the VPN provider, this problem still exists, and hackers can still access user data and privacy.

Although Tor and 12P are more advanced enhancements, they cannot ensure privacy in the face of hackers who control the entire network. Tor is designed with fast browsing in mind. Therefore, Nym’s Mixnet offers users exceptional performance and efficiency.

Your internet traffic is forwarded and encrypted by Nym through a mixnet, a multilayer network. Nym Mixent is a multi-purpose mixnet that aids in preventing traffic analysis by individuals and organizations with the capacity to spy on the entire Internet, including the NSA.

To send their data through the mixnet, users must pay a fee in NYM (the native token of Nym mixnet). Anyone can operate a union node by making an initial bond of NYM.

To improve a node’s reputation, any bearer of NYM may delegate to it. Then, nodes are compensated with NYM tokens based on their standing and level of performance for mixing packages and giving end users anonymity.

Any blockchain and other widely used apps can benefit from network-level privacy provided by Nym. Developers can construct their apps on top of Nym to secure the network layer and user metadata, from Bitcoin to instant messaging.

Allows any random “key:value” pair to be anonymized by third-party apps. From there, individuals can discreetly give any or all of their data in order to comply with any legal requirements and to be authenticated.

This demonstrates that network-level security is entirely decentralized and does not need to be packaged by a third-party vendor like a VPN. Additionally, Nym provides a higher level of security than VPNs and, thanks to PoW incentives, can support providers with remarkable latency reduction.

V. What is NYM Coin?

4. Use Cases of NYM Coin

NYM Token will be used to:

VII. Which Crypto Wallets are suitable for NYM Coin?

Some of the providers you can choose from smart wallets to store NYM Coin:

Harry has published more than 50 articles in fields such as artificial intelligence and formal verification. He holds a PhD in AI from the University of Edinburgh. Besides, Harry has directed NextLeap security and surveillance programs for the European Commission as well as been a key player in mixnet projects like Panoramix. Harry has concentrated on growing the Binance Labs-incubated Nym project since November 2018 until now.

Dave was the CTO and co-founder of Head, a London-based software consultancy company. He is also the author of Scalatra in Action, a book about scalable microservices. Since 2015, Dave and George Danezis have collaborated on blockchain technologies. Vega Protocol, known as the quickest horizontally scalable blockchain system in the world, is the most successful project he has worked on as a consultant. Additionally, he previously worked at Libra before quitting and participating in Nym a week later.

One of Europe’s top researchers in the field, she is a professor of security technology at KU Leuven with more than 20 years of experience working on privacy-enhancing technologies. More than 50 of Claudia’s works have been used in security technology. Harry and Claudia used to work together at Panoramix. She oversaw the Nym network’s design when she got back to Nym.

Ania graduated with a master’s degree in algorithm analysis from the WROCLAW University of Technology’s Department of Fundamentals of Technology. She also worked with Chainalysis and Volvo IT while interning at Google DeepMind, where she designed mixnets. Ania then held a position at Nym as a research and development specialist. 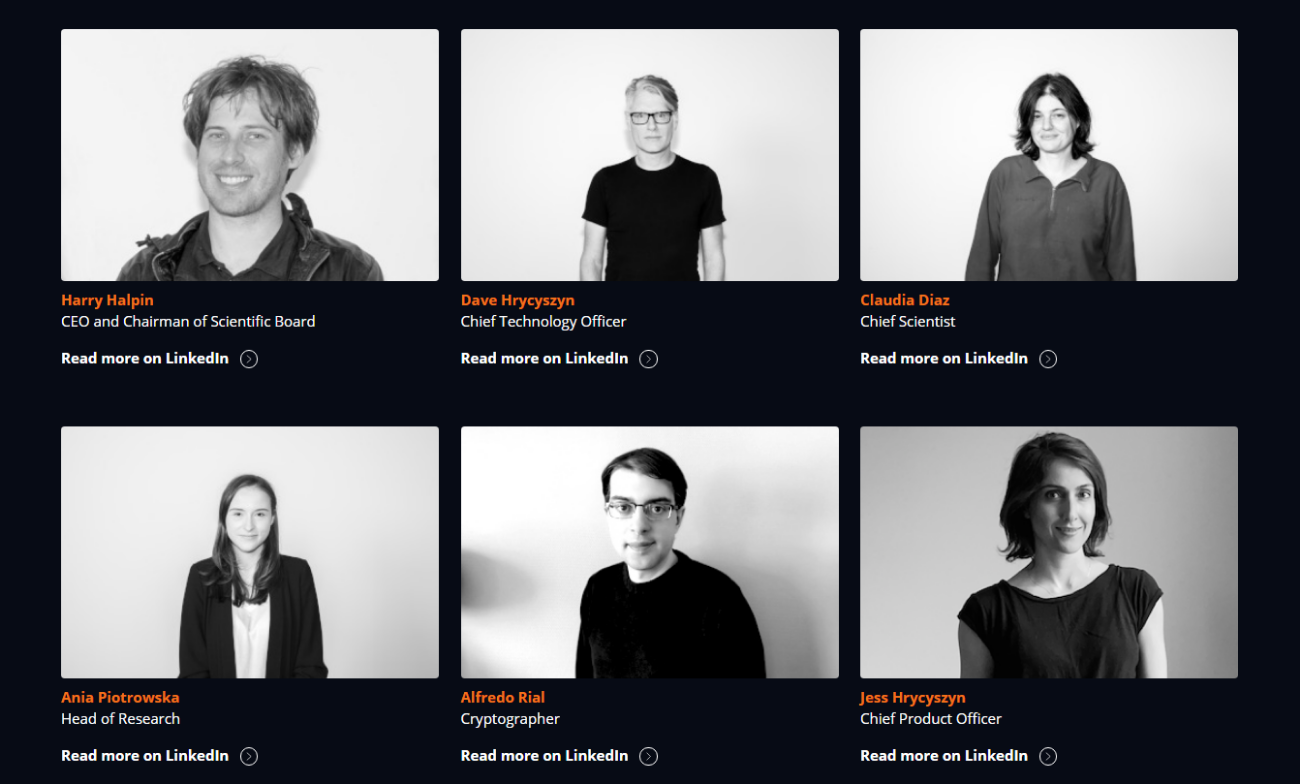 X. Where can NYM Coin information be updated?

These media are constantly updated with useful information, new activities, outstanding events of NYM, and all the topics surrounding it. Accordingly, Meta Lion Ventures continuously updates the topic of outstanding projects in Blockchain and hot events organized between Meta Lion & partners.

The main cryptocurrency exchanges for trading in NYM stock at the moment are BTCEX, XT.COM, OKX, MEXC, and CoinW. If you’re looking to acquire NYM at the present price, these are the places to go. On our website for crypto exchanges, you may find more.

Our technical indicators indicate that the present mood is bearish, and the Fear & Greed Index is displaying 20. (Extreme Fear). In the last 30 days, NYM experienced 3.58% price volatility and 12/30 (or 40%) green days.

The first quarterly vesting release is about to occur, meaning that those on vesting schedules will soon receive their first native NYM tokens and be able to bond and delegate stake; the validators are ready to turn on rewards. NYM ERC20 tokens from the public sale have just been delivered.

NYM can be thought of as a fully decentralized security program with the unique ability to authenticate and authorize users without disclosing any personal information by employing anonymous cryptographic information. In order to address users’ privacy concerns and deliver security to the blockchain network in general and users in particular, the Nym protocol’s output is crucial.

However, NYM Coin is in the period of paying Tokens so this project will have little growth in the short term. In short, NYM can be an ever-expanding and growing project in the future blockchain market.

The above is Meta Lion’s comment on the NYM project which is our personal opinion, this is not investment advice at all. Investors should be responsible for their own decisions.